She's all grown up now, with kids of her own,

but when this picture was taken in June of 1966, it was my daughter, Yvette's first time at the wheel. 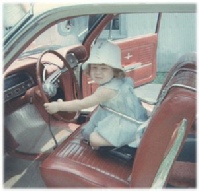 Note the "car seat", totally illegal today. When we were driving with Yvette in her seat between us, she would knock the gear lever into neutral with her foot. Yvette is my oldest. All my kids' first ride in life was in a Corvair.

This is Bob Haydon with his 1960 Corvair in 1964.  Bob, from Massachusetts, and I were buddies in Air Force Tech School and were stationed together at Suffolk Co. Air Force Base in West Hampton Beach, Long Island, NY, in 1964/65.The picture was taken at my apartment in Riverhead, not far from the base. He later traded for a red MG 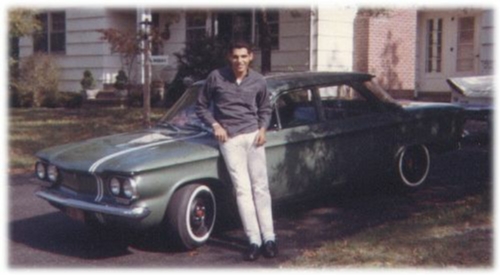 This picture of me in 1979 was taken by my daughter, Yvette at a midget football practice where we had gone to watch my sons.

This used to be an Amoco station. I spent a lot of time here learning about cars and life while growing up. My friends and I used to ride our bikes down off the hill to fix, or pump up the tires.

About 50 yards from the Amoco was this old garage that used to be "Sirk's Garage".  These pictures were taken in 1994, at Clarksburg, WV, on Route 19 at Edgewood. This garage is still run by one of Mr. Sirk's sons. 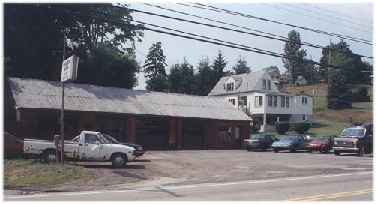 As a young boy, I sat in the office on the old car seat and read the older boy’s Hot Rod magazines and watched Mr Sirk’s sons build hot rods. I saw my first burn out on this lot. It was done in a “40 Ford Sedan with a big Pontiac motor. I was hooked! 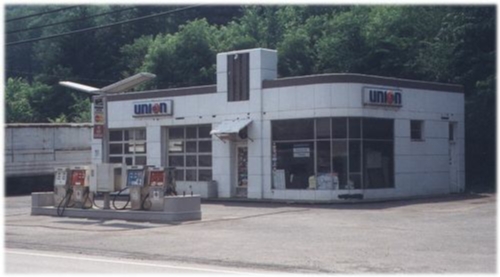 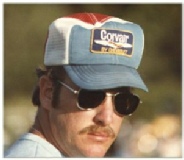