Before this purchase I had attempted to buy several other Corvairs for a track car but they didn’t pan out for one reason or another.

After viewing the sellers’ photos of this car I was not real sure it was a good deal but all the high-performance parts that came with it made it worth the money. The total of the parts alone was worth the price plus, it was a rust free car and I was in need of another Corvair project since I sold my 69 Vert to help finance it. 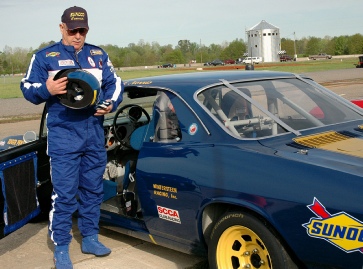 When I first began this project I didn’t have any goal or future time limit for completion. Originally I was going to have a multipurpose car that I could use for street, autocross and track events. After trying that I was not satisfied and quickly realized it would not be very good at any one of those so, with the events at hand I decided it would be a true full-fledged race car like I always wanted to build.

Another factor that greatly influenced my decision to go racing was the fact I was at a time in my life where I had better do it now or never. With encouragement from some old racers and other friends the decision was made and carried through with the completion of an SCCA driver’s school and a signed ticket to compete.

My original plan was to build a Yenko Stinger clone.

I was inspired to do a tribute car by several other Corvairs I’d seen dressed up to resemble famous racers. My idea was to make it a tribute car honoring the Roger Penske owned, Mark Donohue driven 1967 Camaro Z-28 Trans-Am race car painted in the Sunoco blue and yellow colors. Mark was one of my favorite race car drivers.

1967 was the first year in Trans Am for both of them. They weren’t too successful at first but, they dominated the series the rest of the time. I always liked the bold Z-28 racing stripes too. 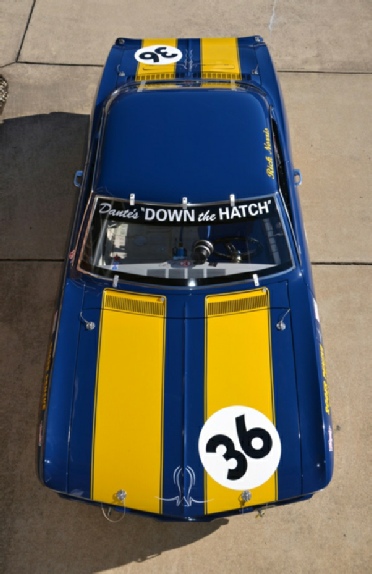 Since I had a pretty good start on a race car it was not too difficult to continue.

After reading and re-reading the SCCA GCR or General Competition Rules book, work was begun to get the car legal to race SCCA or Vintage.

CLICK  FOR DETAILS AND PHOTOS OF SUNOCO RACE BUILD

After selling the Sunoco Corvair to a racer in England, I was encouraged by the Corvair racing community to find another race vair. I began to search for another Corvair that was as race prepared as possible and decided after much searching came back to one of the first I had considered. Actually, I was somewhat familiar with this car back in 2002, as another racing buddy stopped by Corvair Alley transporting it to NC. 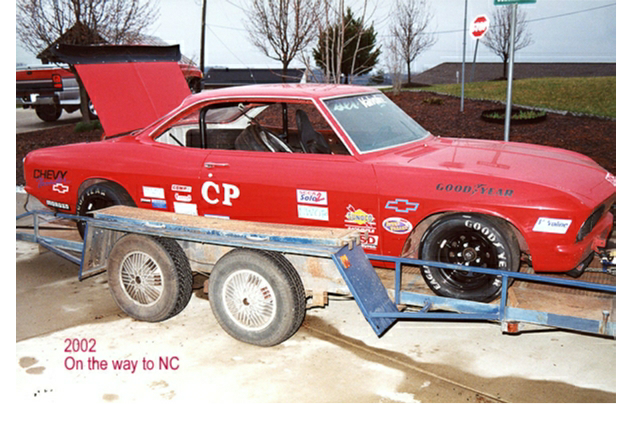 After passing through many owners, it was offered to me by it’s then current owner, fellow racer David Clemens. I rejected the first offer, but then he made me a deal I could not refuse to get me back on the track. We completed the deal, with David installing the roll cage (he installed the same for me on the Sunoco Car). It’s been a race car since circa 1994, so the body has seen it’s better days but still looks passable at speed. I began the rebuild with the goal of having it ready for the Mitty that year (April 2015), but didn’t quite make it. I could now take my time to finish the car and decide where I would be able race/ shakedown the car. Before that happened I helped rebuild another old Corvair race car for Bob Coffin! We both debuted our “new” cars at the 2015 Savannah Speed Classic at Hutchinson Island GA. hosted by HSR. We had a ball racing each other with both cars having some issues as was to be expected. We are looking forward to next year and some exciting racing with all the Corvair racers and doing some bucket list tracks and events. Check out our photos for the event. 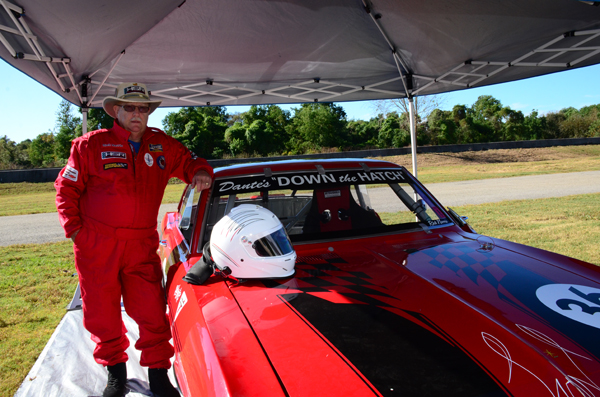 For details on the  race rebuild for the Red Racer check out the build for the Sunoco. As the Sunoco Racer was a success, I then patterned this rebuild after it.

To View Race Videos Check out my Youtube Channel 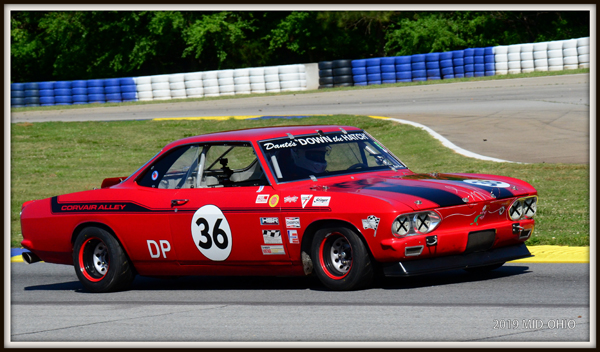